An unfortunate accident was the reason “Adbullah” was going through a lot of suffering in the past six months, as it caused various fractures in different parts of his body, including his left leg above and below the knee, and in his right-hand wrist.

“Abdullah” visited our physiotherapy center approximately two months ago, where the medical staff has planned a tailor-made rehabilitation program and plan, including a set of hand exercises and x-rays.

Now, “Abdullah” restored 50% of his ability to walk, after tens of sessions with the physiotherapists who supervised his treatment and recovery plan as he expressed his happiness for the progress that he made in such a short period. 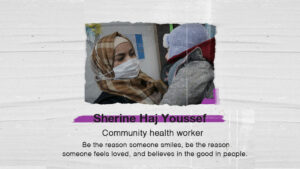